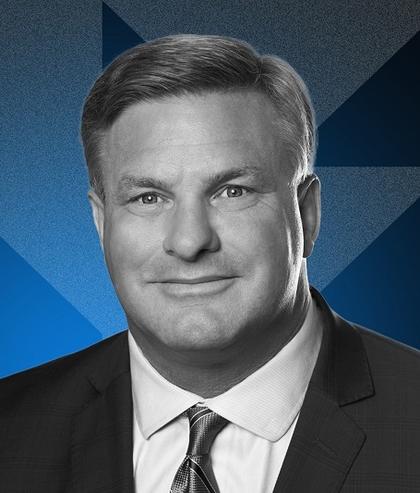 President of the Global SOF Foundation

Stuart “Stu” W. Bradin was born on 11 October 1961 in South Carolina into an Army family. His father and brother are retired Army officers that served for over 53 years combined and after more than 30 years of service Stu is retiring from the Army as a Colonel in Special Forces. Stu Bradin began his military career as an Armor Cavalry Scout in the South Carolina National Guard and was commissioned through The Citadel ROTC program on 12 May 1984 as an Armor officer.

Stu then served as the Chief of the Expanding Global SOF Network Operational Planning Team (OPT) tasked with making US Special Operations Command (USSOCOM) a global combatant command. The OPT focused on giving USSOCOM greater command authorities, the establishment of a new Force Management Directorate and posturing SOF globally in support of the Defense Strategic Guidance. In 2013 the OPT transitioned into the International SOF Coordination Center (ISCC) to provide USSOCOM with its international hub for all multinational activities accommodating over 15 international partners.

Stu’s conventional assignments include duty as a platoon leader and troop XO with the 3rd Squadron 11th Armor Cavalry Regiment, Bad Hersfeld, Germany. In 1992 he was selected to become a Latin American Foreign Area Officer and received a master’s degree in Latin American Studies from San Diego State University and subsequently served in the US Embassy in La Paz, Bolivia. In 2000 he attended the School of Americas Command and Staff Course. As a follow-on assignment he was assigned to the School of Advanced Military Studies as one of the authors of the first version of FM 3.0, the Army’s Operations manual. Subsequently he was assigned to the Command and General Staff College as a SOF Instructor with a mission to form the Special Operations Program.

Stu’s previous Special Forces assignments include service with elements of Joint Special Operation Command, SOCEUR, and extensive service with the 7th and 10th Special Forces Groups (Airborne). As a Captain he served in the 3rd Battalion 7th SFG(A) in the Republic of Panama, where he commanded several SFODA (“A-Team”). In 1st Battalion, 10th SFG(A) he served as a battalion Operations Officer (S3) as well as the Company Commander of the counter terrorist unit designated as the CINC’s In Extremist Force. He has participated in Operation Just Cause, served tours as an adviser in El Salvador and Peru, and is a veteran of multiple unconventional and other special operations with 10th SFG(A) in the Balkans and numerous locations in northern and central Africa. In 2011 he was in Afghanistan as the Director of the Special Operations Fusion Cell – a multinational Joint Interagency Task Force with 19 nations and 8 agencies supporting NATO SOF.

Stu is the President of the Global SOF Foundation, a non-profit organization dedicated to advocating for all aspects of SOF on a global scale.

Stu Bradin is married to Kelly, the daughter of a retired Air Force Officer, and they have three daughters. They live in Lithia, Florida.