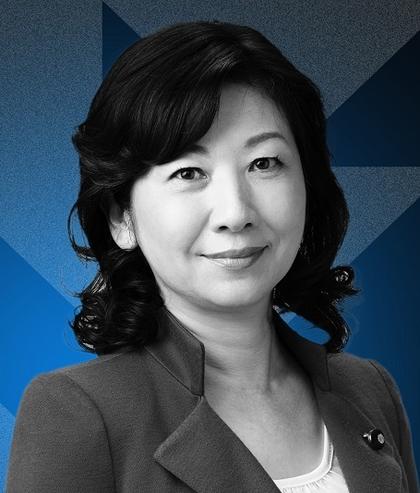 After graduating from the Faculty of Foreign Studies, Sophia University, she entered the Imperial Hotel, Ltd. in 1983. In 1987 she became a member of the Gifu Prefectural Assembly in 1987.

Since the 40th General Election, she has been elected as a member of the House of Representatives (HR) from Gifu First District for 9 times. She was appointed as State Secretary for Posts and Telecommunications (1996) and Minister of Posts and Telecommunications (1998) in her second term. She held various posts at the Cabinet, HR and the Liberal Democratic Party (LDP), such as Minister of State for Science and Technology Policy and Food Safety, Consumer Affairs, Space Policy (2008), Chairperson, General Council, LDP (2012), and Chairperson of the Special Committee on Disasters, HR (2016). Minister for Internal Affairs and Communications, Minister in charge of Women's Empowerment, Minister of State for the Social Security and Tax Number System, and Chairperson of Federation of Gifu Prefecture LDP Branches.(2017), Chairperson of the Committee on Budget(2018). She currently serves as Chairperson, Headquarters for Party and Political System Reform Implementation(LDP).