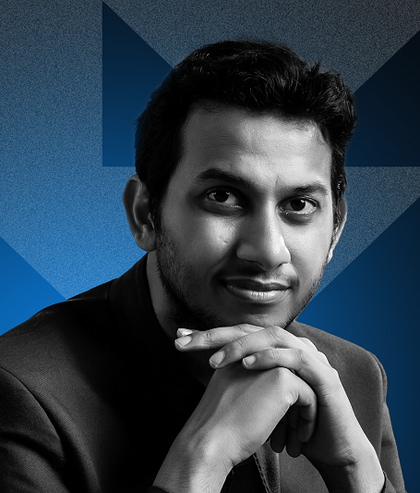 OYO Hotels & Homes was founded by 26-year-old Ritesh Agarwal, the first resident Asian to
be accepted to the Thiel Fellowship (started by Paypal founder Peter Thiel). Travelling across
India at the age of 17, Ritesh stayed in more than 100 bed and breakfasts, guest houses, and
hotels to realize there was a massive dearth of affordable and good-quality hotels in the
unbranded budget hotel category. With this in mind, he started his entrepreneurial journey
by creating a listing platform for budget accommodations, only to conclude that discovery
alone will not solve this problem. Ritesh believed that everyone deserves a safe, hygienic
and comfortable living space, irrespective of their budget. That’s how OYO was launched in

May 2013 (known as OYO Hotels & Homes now). OYO today is the world’s leading chain of
hotels and homes.

Today, Ritesh is one of the youngest and most successful founders in the world and has
been honoured at several forums, for creating a global disruptor in the form of OYO Hotels
& Homes.

Brief Profile:
Ritesh Agarwal is a young entrepreneur and the founder and CEO of OYO Hotels & Homes.
He believes that everyone deserves a safe hygienic and comfortable living space,

irrespective of their budget and founded OYO in India in 2013 to achieve this aim. Today the
unicorn start-up is India&#39;s largest hotel chain and is present in over 800 cities across 80
countries. OYO is backed by leading investors, including the SoftBank Vision Fund, Sequoia
Capital, Lightspeed Ventures, Hero Enterprise, and China Lodging Group, amongst others.
Ritesh was the first Asian resident to be accepted to the Thiel Fellowship. He is a Co-
Chairman of the Confederation of Indian Industry National Committee on Tourism &
Hospitality.

About OYO Hotels & Homes:
Opening its doors in 2013, OYO Hotels & Homes, a young hotel startup, today is the world’s
leading chain of hotels and homes. The portfolio combines fully operated real estate
comprising more than 43,000 hotels with over 1 million rooms. Through its vacation homes
business, the company offers travellers and city dwellers access to over 130,000 homes
around the world under OYO Home, Belvilla, Danland, Dancenter and Germany-based
Traum-Ferienwohnungen brands. OYO today operates in over 800 cities in 80 countries,
including the U.S., Europe, U.K., India, Middle East, Southeast Asia, and Japan.
OYO is backed by leading investors, including the SoftBank Vision Fund, Sequoia Capital,
Lightspeed Ventures, Hero Enterprise, and China Lodging Group, amongst others.
At an organisation level, OYO has received several notable awards & recognitions, a
selection of which include: