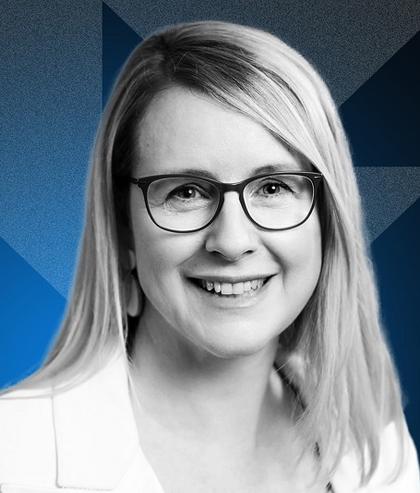 Margarete Schramböck was born 1970 in Tyrol, Austria. She studied Business Administration at the University of Economics and Business in Vienna (WU), where she obtained her Doctorate in Social and Economic Sciences in 1997.

Before Ms Schramböck started her career in 2002 as CEO of NextiraOne, an IT communications company based in Paris, she was occupying a management position at Alcatel. From December 2008 to December 2011 she became Managing Director of NextiraOne Germany. In 2014 Ms Schramböck began working as CEO of Dimension Data Austria, which is a globally leading provider of network and communications technologies and IT services, in particular in the fields of network and computer centres, cloud services, IT security, voice and video communications as well as application integration. Between 2016 and 2017 she was CEO of A1 Telekom Austria.
On 18 December 2017 Margarete Schramböck was appointed Federal Minister of Science, Research and Economy and from 8 January 2018 to 3 June 2019 she was Federal Minister for Digital and Economic Affairs.

Ms Schramböck remains deeply attached to her Alma Mater and is a member of the WU's Center of Excellence. In 2017 she was elected both Tyrolean of the Year and University of Economics and Business in Vienna WU Manager of 2017.

Margarete Schramböck was appointed as Federal Minister for Digital and Economic Affairs on 7 January 2020.