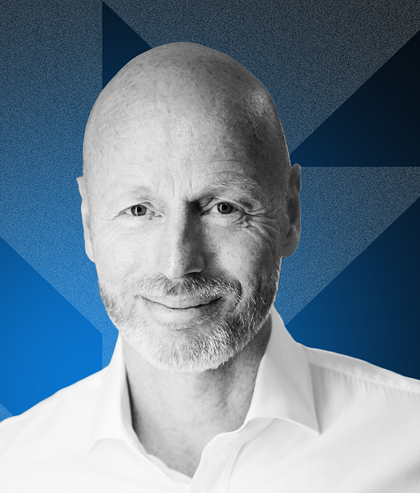 Marc Walder is Chief Executive Officer of Ringier AG. He was appointed chairman of the group executive board in April 2012.

Marc Walder started his career with Ringier in 1991 after eight years as a professional tennis player on the ATP Tour. Following his training at the Ringier School of Journalism, Walder joined the Blick Group, where he held various positions, including deputy editor-in-chief of SonntagsBlick and head of the sports desk of the Blick Group. In 2000, he was named editor-in-chief of Schweizer Illustrierte, Switzerland’s largest magazine, which he ran successfully for seven years. Marc Walder became editor-in-chief of SonntagsBlick in 2007 and also took over the editorial management of the Blick Group. Since September 2008, he has served as CEO of Ringier Switzerland and Germany, and as a member of Ringier’s group executive board. Under his leadership, Ringier AG has consistently pursued diversification and digitalisation, with significant investment in the Digital Marketplaces and Entertainment units. In 2008, Marc Walder completed the Advanced Executive Management Program at Harvard Business School in Boston.

Marc Walder is a member of the Federal Council’s Advisory Council on Digital Transformation. He is also the founder of the digitalswitzerland initiative, which brings together more than 130 of the largest Swiss companies and institutions to promote digital development and the digital transformation of Switzerland. Walder has held a 10 percent stake in Ringier AG since January 2018. At the Digital Economy Award Night 2019 Walder was awarded the honorary prize «Digital Economy Ambassador». He was honored for his commitment to the Swiss economy and the ICT industry. Walder is married, father of two daughters and lives near Zurich.