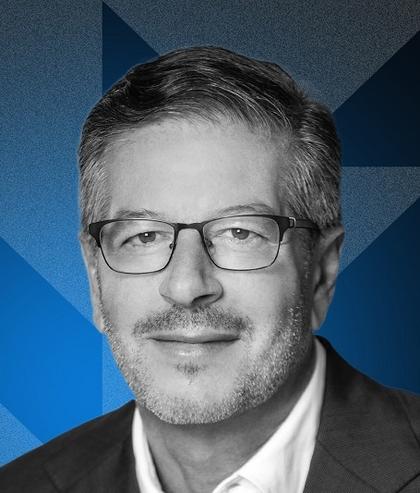 Lee Olesky is the co-founder and Chief Executive Officer of Tradeweb Markets (Nasdaq: TW), and serves on the company’s board of directors.

Olesky co-founded Tradeweb in 1996, and since then has been a central figure in the evolution of electronic trading globally. From its start trading U.S. treasuries in the early days of the Internet, Tradeweb has grown to become a leading, global operator of electronic marketplaces for rates, credit, equities and money markets. Olesky has been at the forefront of the trend towards electronic execution and digital processing, using machine learning and a range of other advanced technologies to promote smarter trading decisions, more efficient risk transfer, and robust compliance processes for approximately 2,500 Tradeweb clients in more than 65 countries. In all, Olesky has led Tradeweb from an early-stage startup with $8 million in financing to becoming one of the most successful IPOs of 2019, surpassing $10 billion in market capitalization during its first year of listing.

Prior to Tradeweb, Olesky served as Chief Operating Officer for the Fixed Income Americas division at Credit Suisse First Boston. He co-founded Tradeweb in 1996, assembled a consortium of investors, and served as the first chairman of the board of directors. Following that, he started BrokerTec in 1999 and relocated to London where he served as the founding CEO prior to the sale to ICAP.

Olesky rejoined Tradeweb as President in 2002. He remained in London, where he drove the growth of trading in Europe and expansion into derivatives and Asia. Olesky oversaw the sale of Tradeweb in 2004 to the Thomson Corporation, later renamed Thomson Reuters, as well as securing additional investments from a group of bulge bracket investment banks in 2008. During that period, the acquisitions of LeverTrade and Hilliard Farber & Co. accelerated Tradeweb’s entry into the retail and wholesale markets, respectively.

In 2008 Olesky was named CEO of Tradeweb. He returned to New York and embarked upon an ambitious growth strategy that included new initiatives, acquisitions and hires to build out asset classes, client sectors, trading protocols, data and analytics, and regions. Tradeweb acquired BondDesk in 2013 to further expand its presence in the retail market. Derivatives trading also grew rapidly on Tradeweb’s swap execution facilities (SEFs) in the U.S. and multilateral trading facility (MTF) in Europe. In 2017, Tradeweb became the first trading platform to provide institutional clients outside of China with streamlined, electronic access to the China bond market, launching China Bond Connect and opening an office in Shanghai shortly thereafter.

Following two decades of private ownership, under Olesky’s leadership, Tradeweb became a publicly traded company on April 4th, 2019 with one of the most successful IPOs of that year. Tradeweb reached another milestone in March 2020 when average daily trading volume for the month was $1 trillion – its highest month ever.

Olesky has received numerous awards and honors over the course of his career, including 11 appearances in Institutional Investor’s annual rankings of the industry’s top financial technology innovators. He was named CEO of the Year by Markets Media in 2019, and received the BritishAmerican Business Entrepreneurial Award in 2016. Olesky is a member of the SEC’s Fixed Income Market Structure Advisory Committee (FIMSAC) and the CFTC’s Technology Advisory Committee (TAC). He serves on the board of trustees of Mount Sinai Health System in New York City and the board of Credit Benchmark, a provider of consensus credit risk analytics. Olesky is a member of the International Advisory Board of BritishAmerican Business and a member of the Leadership Council of Habitat for Humanity New York City.