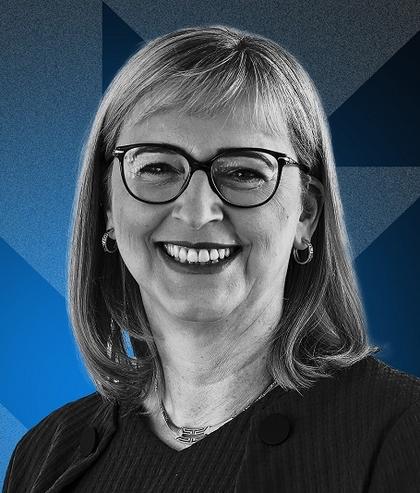 Hiltrud Dorothea Werner is a German business executive. In 2016, Werner joined Volkswagen as head of group audit and was appointed to Volkswagen's Board of Management, responsible for integrity and legal affairs in 2017. In her role at Volkswagen, Werner oversees the among other things the compliance and integrity teams for Volkswagen and its 12 brands. She was tasked with restructuring the compliance culture. Werner is also a member of the supervisory board of Audi AG, Porsche AG, Seat SA, and Traton SE.

Werner began her career in 1991 at the consulting firm Softlab GmbH in Munich as a project manager. In 1996, she moved to BMW AG where she held various positions during her tenure including head of the IT department of BMW Bank, head of the BMW AG audit department for the United Kingdom and Ireland, and head of group internal audit. In 2011, she joined MAN SE as Chief Audit Executive for the MAN Group. She became head of group internal audit at the car supplier ZF Friedrichshafen in 2014.

Werner was born 1966 in Bad Doberan, East Germany. She studied "Mathematical Methods and Data Processing in Business" at the Martin Luther University of Halle-Wittenberg, where she received a degree in economics in 1989. She is married and has two children.