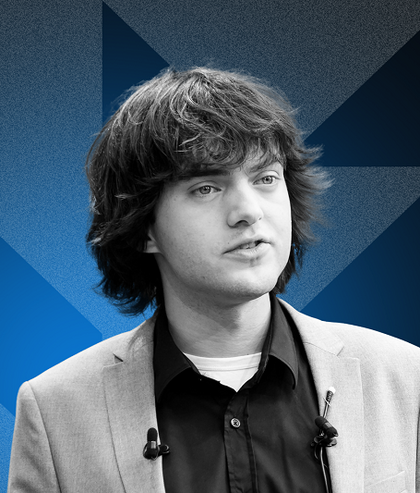 Boyan Slat (July 27, 1994) is a Dutch inventor and entrepreneur who creates technological solutions for global problems. He is the Founder and CEO of The Ocean Cleanup, a Dutch non-profit developing advanced technologies to the rid world’s oceans of plastic.

At the age of 18, Boyan devised a concept which utilizes the natural oceanic forces to passively catch and concentrate ocean plastic, through which the theoretical cleanup time could be reduced from millennia to mere decades. In February 2013, Boyan decided to pursue the idea further and founded The Ocean Cleanup.
After four years of reconnaissance expeditions, testing, and design iterations, on September 8, 2018, The Ocean Cleanup deployed its first full-scale, experimental cleanup system, System 001, in the Great Pacific Garbage Patch (GPGP). Although some challenges were faced with System 001, several aspects of the technology were confirmed. Following a design update, the modified System 001/B was deployed in the GPGP in June 2019. It was with this system that the passive cleanup design, proposed in 2012, was confirmed.

Meanwhile, the team had been covertly working on a solution to prevent river plastic from entering the oceans. It was in 2015, that the team determined, to truly rid the oceans of plastic, we must both cleanup the legacy plastic and close the tap. On October 26, 2019, The Ocean Cleanup unveiled their invention to halt the flow of plastic pollution into the world’s oceans: the Interceptor. Upon unveiling, Interceptors were already in operation in Jakarta, Indonesia and Klang, Malaysia; with two more preparing for deployment in Vietnam and the United States.

As CEO of The Ocean Cleanup, Boyan oversees the operations, research, and engineering of the organization; by doing so, he has co-authored several scientific papers and holds multiple patents. His work has been recognized through many awards and accolades; such as being the youngest-ever recipient of the UN’s highest environmental accolade: Champions of the Earth.