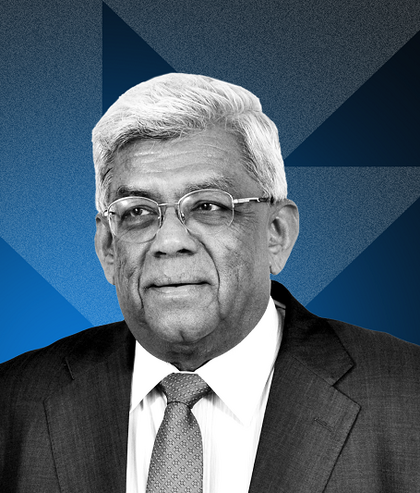 Mr. Deepak Parekh (75) spearheads India’s premier housing finance company HDFC Ltd., which has turned the dream of owning a home into a reality for millions across the country. Mr. Parekh’s astute business acumen and farsightedness has not only made HDFC the leader in Mortgages, but has also transformed it into India’s leading Financial Services Conglomerate with presence in Banking, Asset Management, Life Insurance, General Insurance, Real Estate Venture Fund, Education Loans and Education. Mr Parekh is the chairman of most of the HDFC Group Companies.

Some of the international organizations which Mr. Parekh is associated with in an advisory capacity, include Indo US CEO Forum, City of London - Finance Committee, Indo - German Chamber of Commerce (IGCC), India-UK Financial Partnership (IUKFP), etc.

The Mayor of London in 2017 named Deepak Parekh as first of a network of international ambassadors for championing London across the globe.

In addition to being known for his vociferous views seeking standardization and transparency in the real estate sector, Mr. Parekh played a key role as Special Director on the Satyam Board in 2009 to revive the company and a crucial role during the restructuring of UTI in the late ‘90s, which helped regain investors confidence. Mr. Parekh has always been willing to share his ideas and experience to formulate reform policies across sectors. Mr Parekh has been a member of various high-powered Economic Groups, Advisory Committees and Task Forces which include infrastructure, housing, financial services, capital markets.

A man with a mission, Mr. Parekh’s philosophy on Corporate Social Responsibility is simple yet profound. He believes that if a company earns, it must also return to the society and that companies owe a responsibility not just to shareholders, but also to all its stakeholders.

Government and Industry impressed by Mr. Parekh’s performance and sobriety, have honored him with several awards. Some of the most important ones are; the Padma Bhushan in 2006, ‘Bundesverdienstkreuz’ Germany’s Cross of the Order of Merit one of the highest distinction by the Federal Republic of Germany in 2014, “Knight in the Order of the Legion of Honour” one of the highest distinction by the French Republic in 2010, First international recipient of the Outstanding Achievement Award by Institute of Chartered Accountants in England and Wales, in 2010.